The Kiwi bird is the national symbol of New Zealand, a flightless ratites, which is unique in its feather structure, size and egg to size ratio (the egg of the kiwi is very large compared to the bird). It is about the size of a chicken, much smaller than its close relatives, the Emu and Cassowaries. It is very threatened by foriegn imported predators (read cats) and habitat loss. There are 5 species and a number of subspecies.

New Zealanders have been known as Kiwi's since the use of the bird as a mascot for an elite military unit in the late 19th century and then expaned to all New Zealand soldiers during World War I. 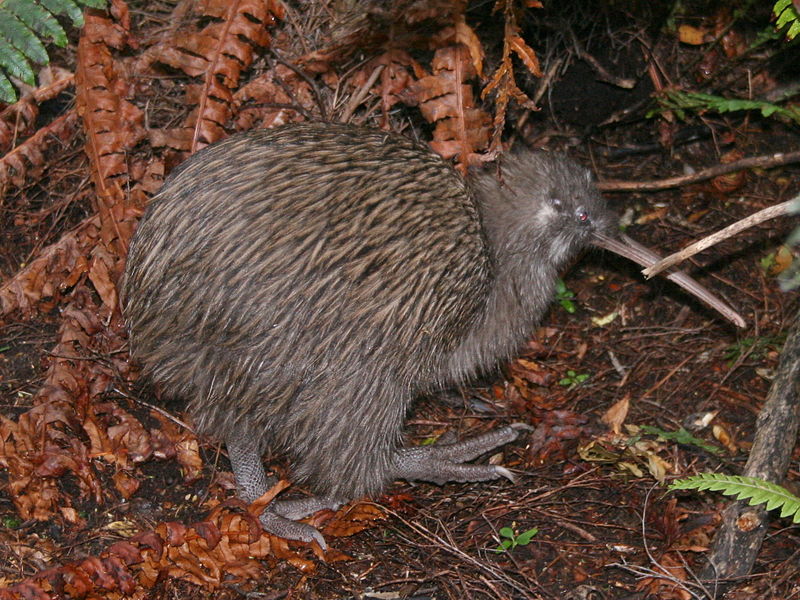