The magic of the prehistoric art in the Chauvet Cave and a description of the cave itself is hard to get ones mind around and certainly beyound the scope of this small web page. The cave was the star of the movie done by Werner Herzog, who brought this great monument to life in 3D spender with his release "Cave of Forgotten dreams".

The cave itself extends about 400 meters end to end. It has serveral galleries of art scenes which exploit the shape of the walls, and the cave features to attenuate the affects of the art. Movement, emotion, landscape and realism and surrealism are all exploited in techniques of the cave. The hight of the hunt of cats, and the chase of bison and horse are represented with all the tension of life on a savana. The animals roar to life, gather at a watering hole near a real spring, and seemlingly demostrate some fertility symbols.

Aside from the painting, it would seem the cave was not so much used for human occupation rather than either religious events or simply as an artisitic excersize for the spiritaul exprerience of the creation of art. The cave itselve was occuped by the Cave Bear, an extict form of bear far larger that todays grizzily bear, and cave lions, also now extinct. A skull of a bear is placed on an raised platform in a central and highly asthetic position. The cave itself opened to the banks of the Ardèche river allowing considerable light in. About 27,000 years ago, an avalanche sealed the cave almost perfectly leaving a time capsule 32,000 years old, including bones, and foot human foot prints in the soft cave bottom. 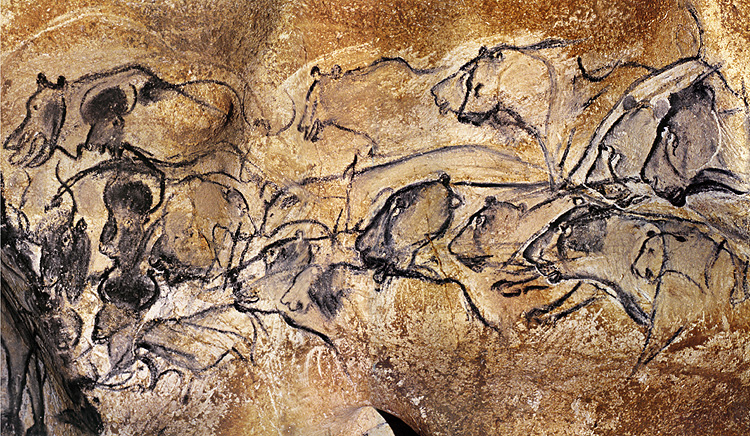 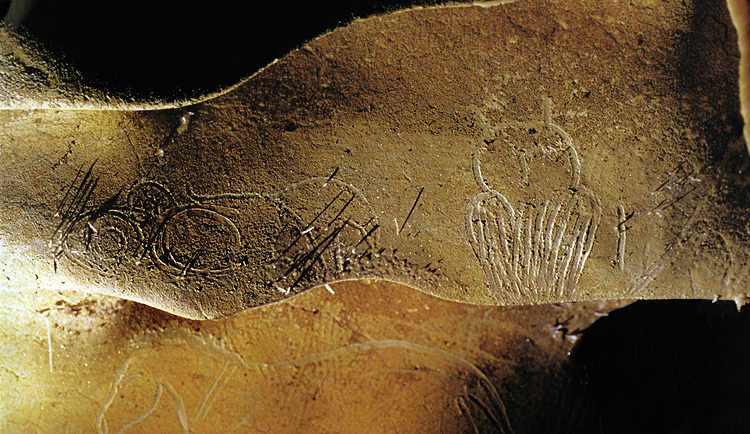 The Chauvet Cave Coin is a One Half Ounce 925/1000 solver proof coin, 35mm diameter coin with amintage of only 1000 peices minted in Britian. Its face value is one dollar, and colored with the painting of the cats on a textured background. It coin could have been much better if the background followed the contures of the cave itself, giving the rendering a more realistic feel closer to the original

This is the Formated Archive of images of this coin.