Sat Feb 4 17:58:58 2023 The Capped Bust Half Dollar is one of the most followed coin types in Coin Collecting. The appeal is that they are Early 19th Century coins, minted at a time there was no Silver Dollars, on relatively crude presses by todays standards, resulting in a large number of die marriages and variieties.

The Bust followers have identified the majority of the actual dies used for Bust Halfs, both Obverse and reverse. This endlessly facinatates the Bust Nuts and they created a club called The Bust Half Nut Club Club which requires ownership of at least 100 Overton tpyes or die pairs.

The Bible for Bust Half Collectors is the Overton Reference and its updates written by D.L. Parsley.

There is the John Reich Collectors Society which produces an excellent jounal largely focued on Busts.

The obverse of this die marriage was struck using Obverse Die 3. This was the first of two uses of the die. The die was later used to strike the common O-104 die marriage.

The reverse of this die marriage was struck using Reverse Die E. This was the second of two uses of the die. The die was used just prior to strike the scarce 1831 O-106, R3 die marriage.

The quick identifiers of this die marriage are:

(1) There are two distinct horizontal die defect line below the bust. The top line touches the drapery.

(3) Almost all of the lines in the stripes extend up past the lower three crossbars in the shield. The most noticeable are the lines of the first two stripes
Thanks Jim_M and lkeigwin on cointalk 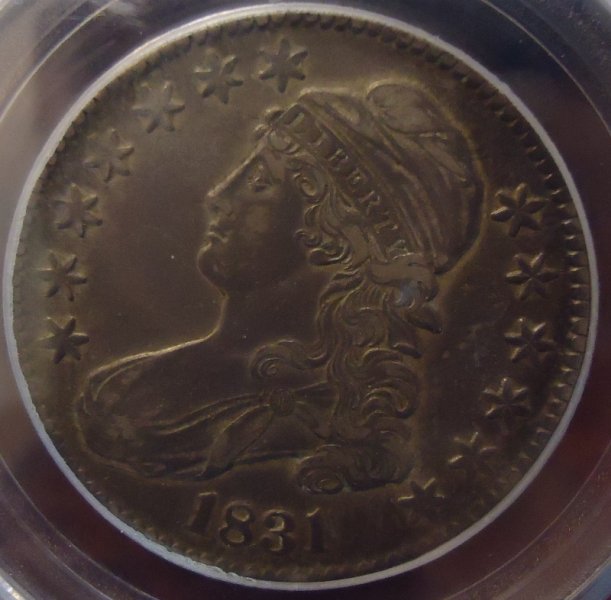 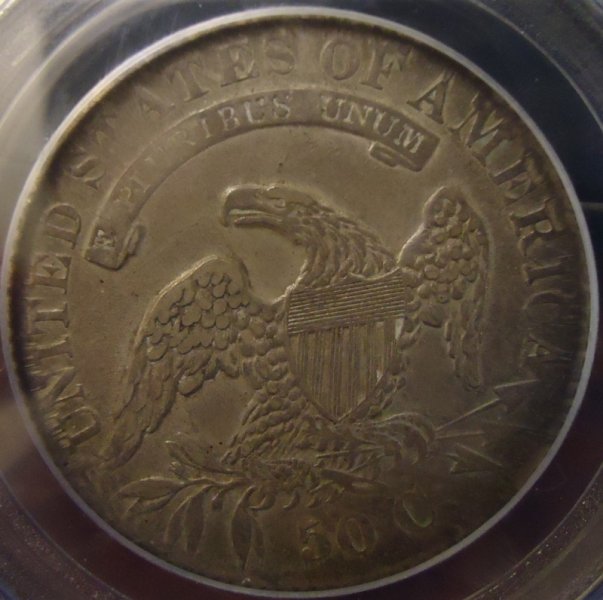 This 1836 is described as follows: 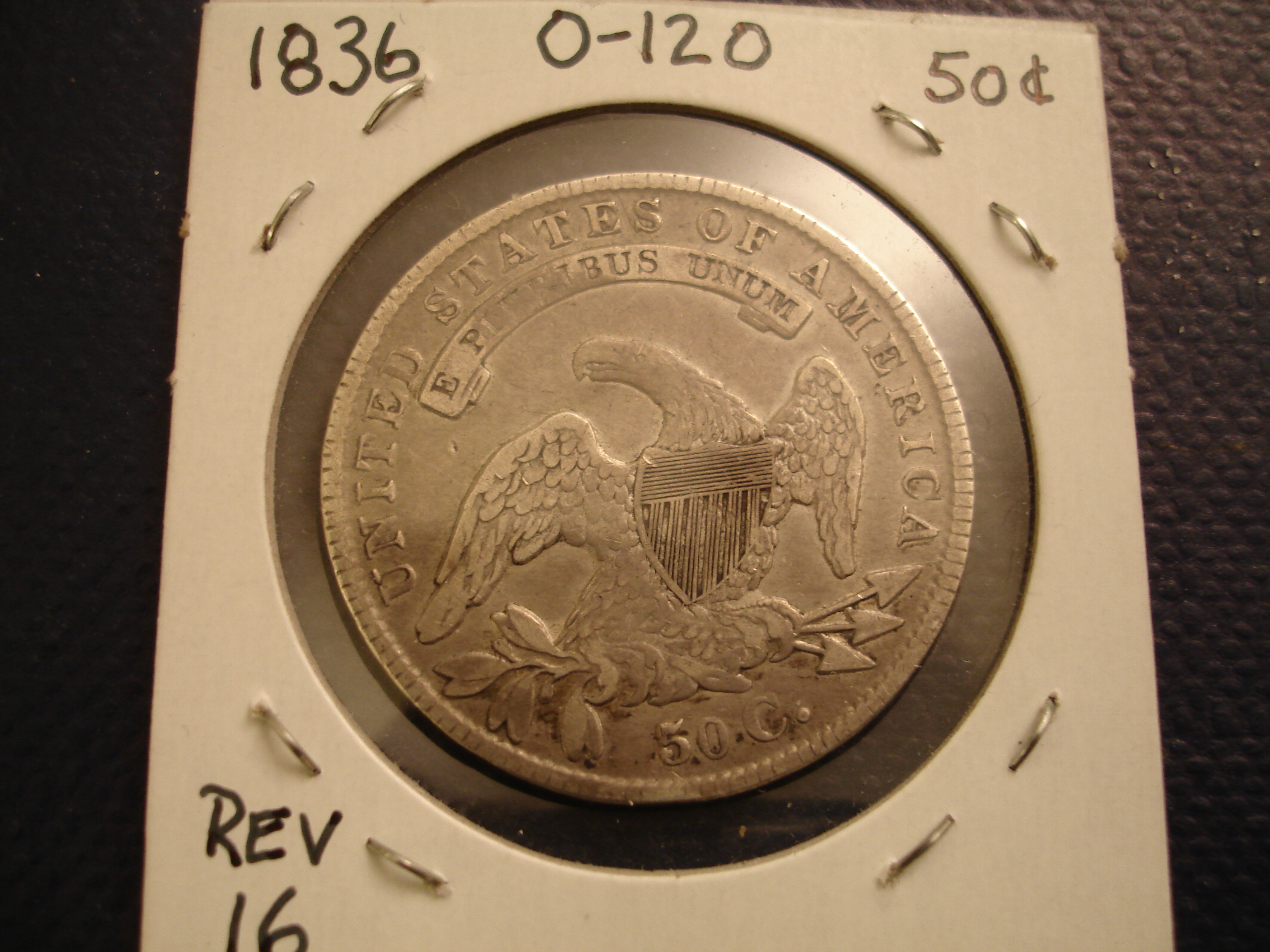 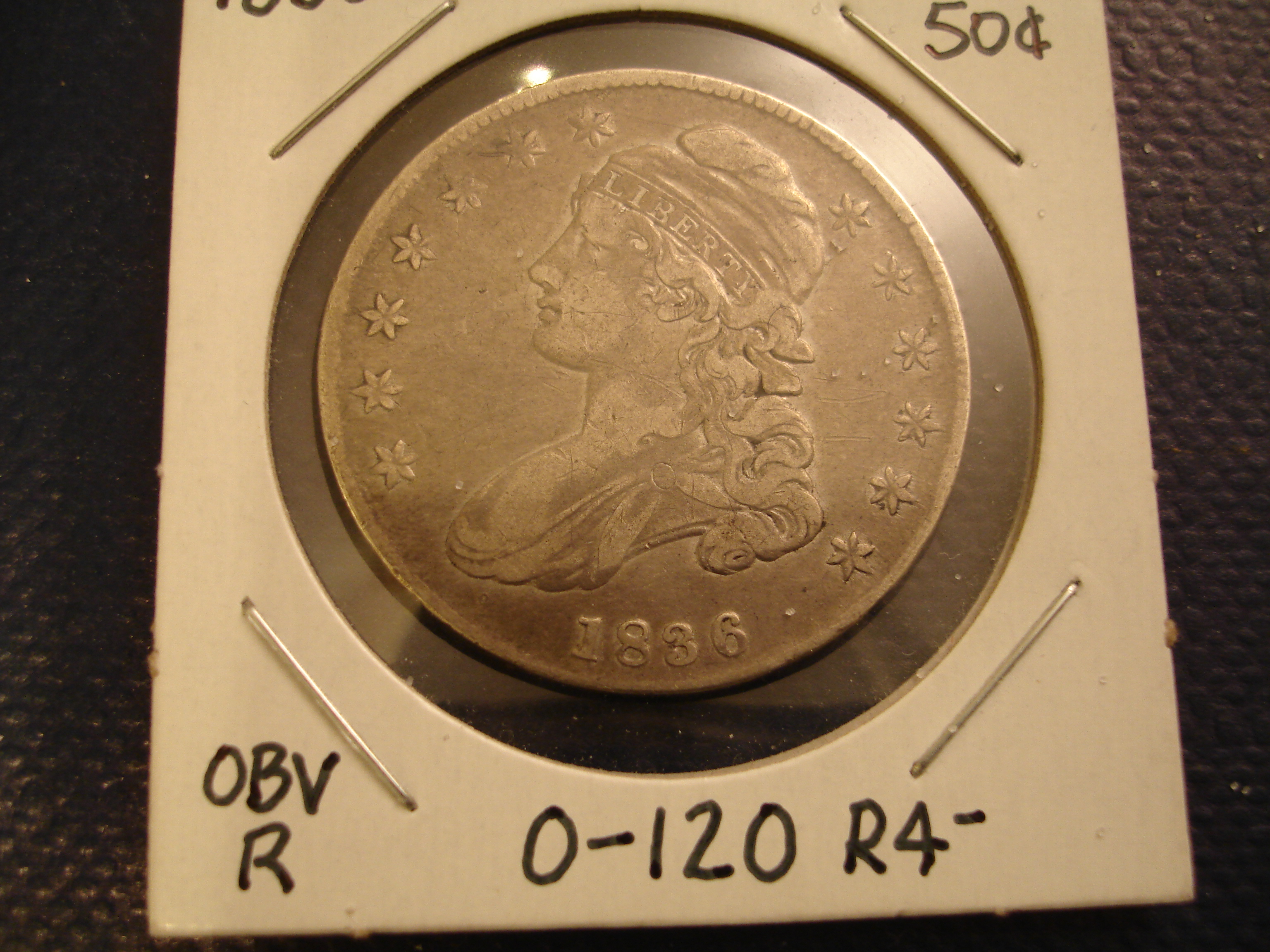 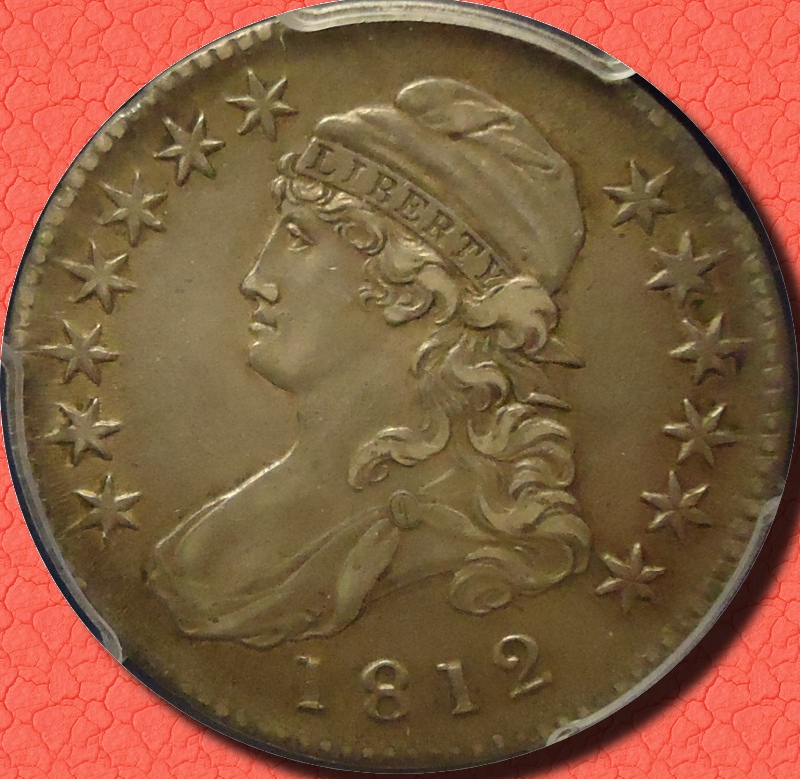 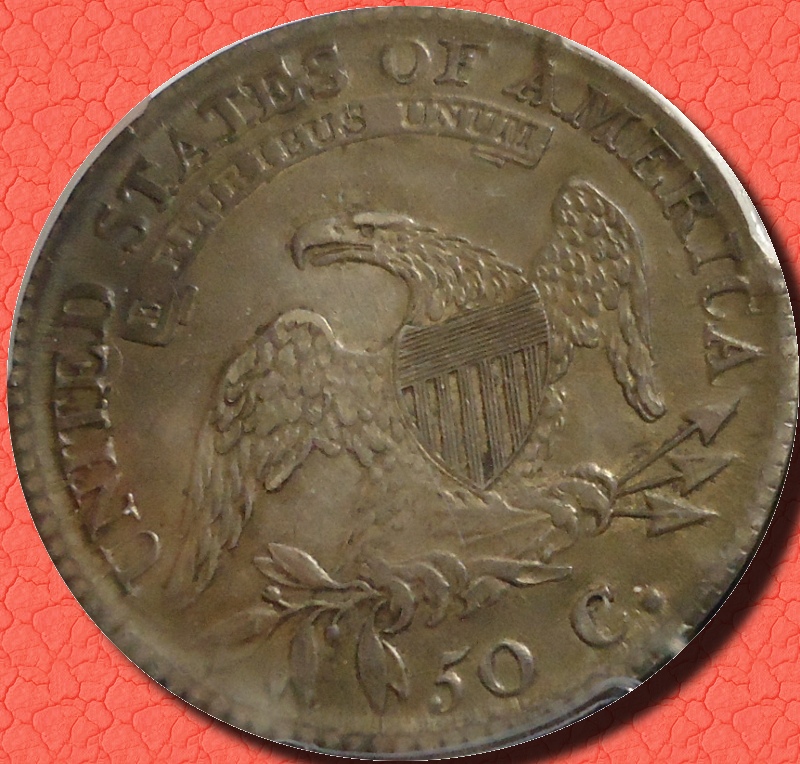 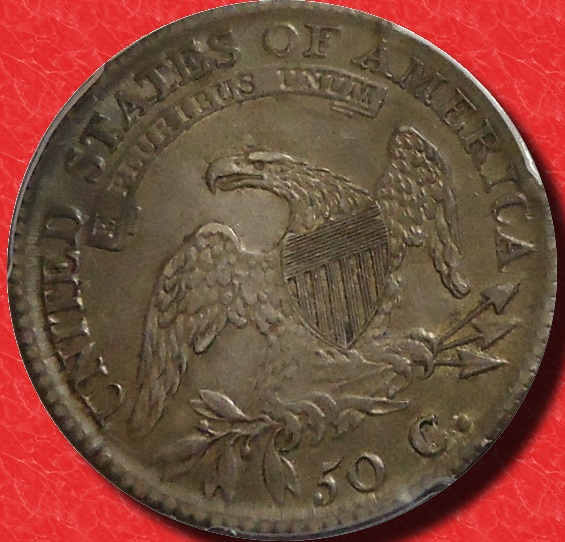 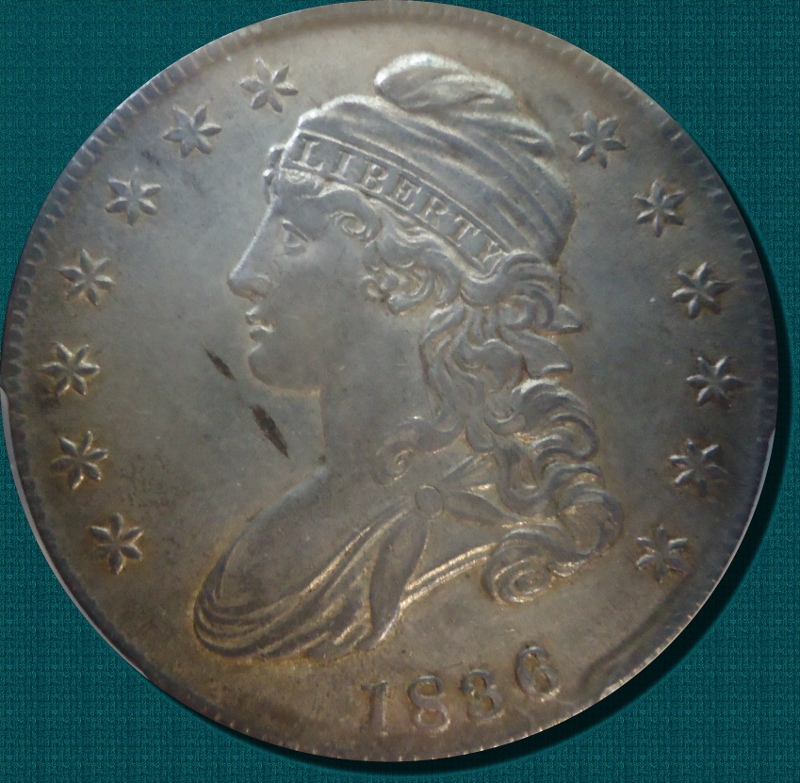 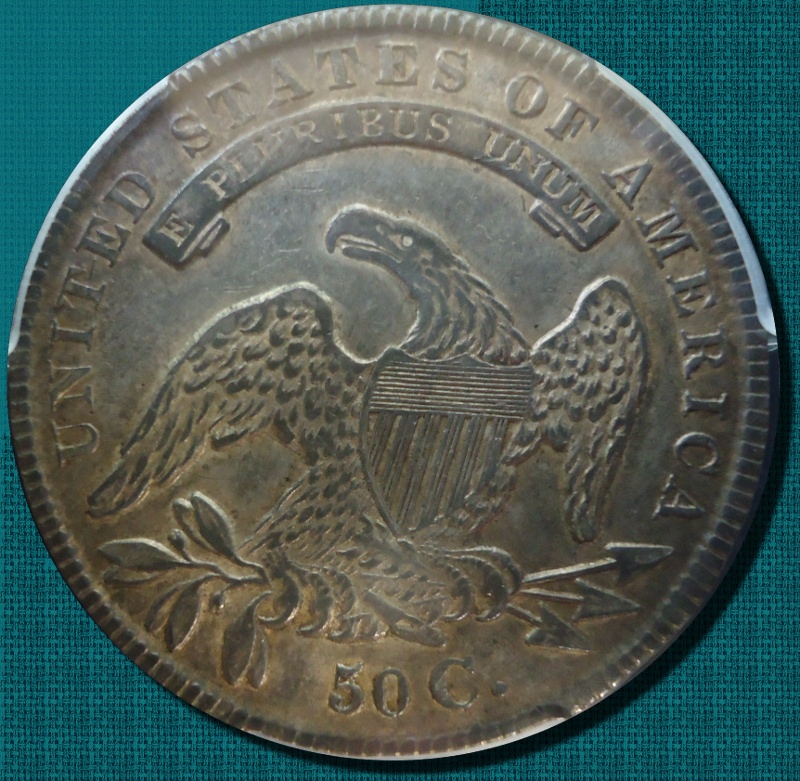 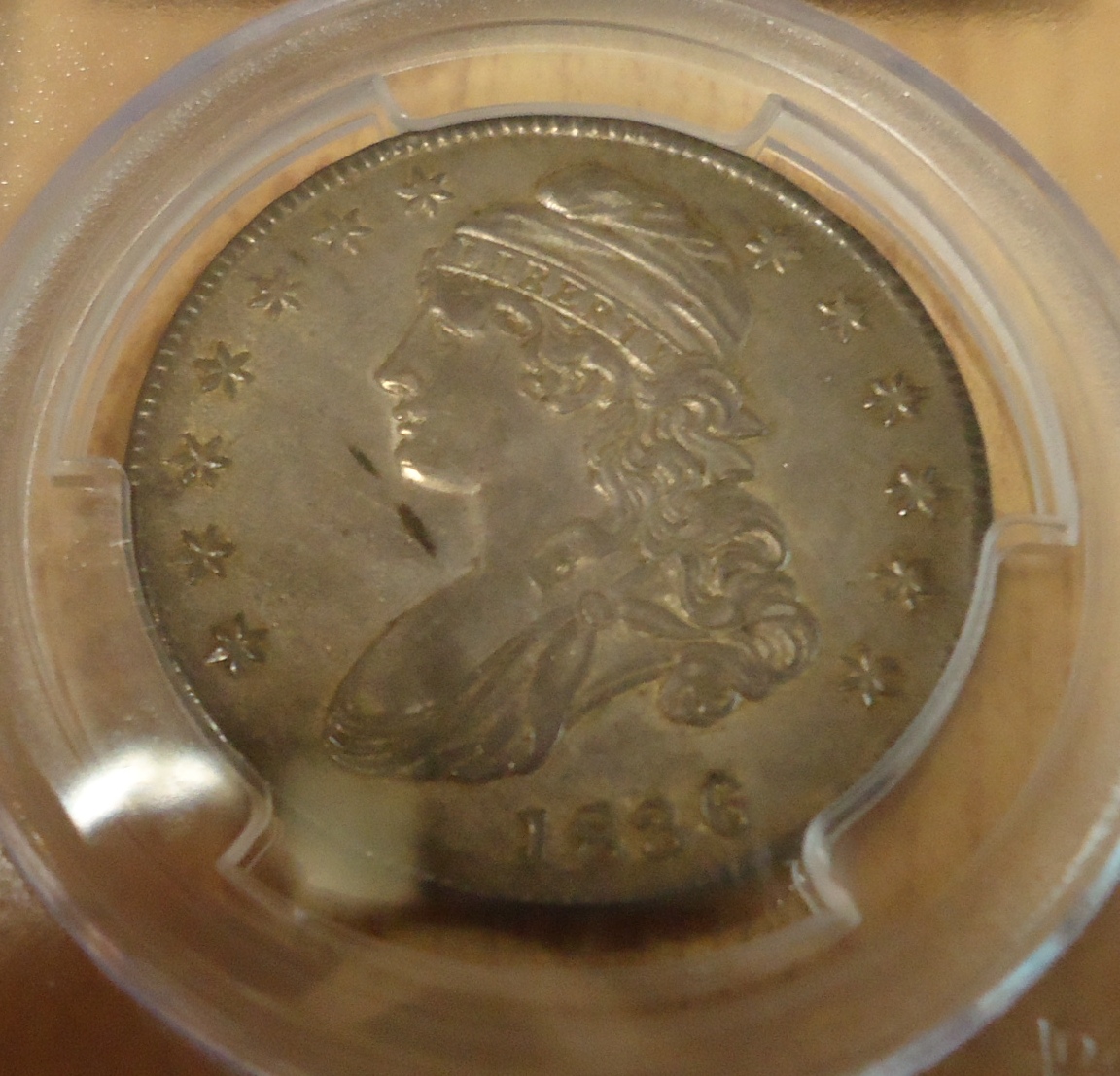 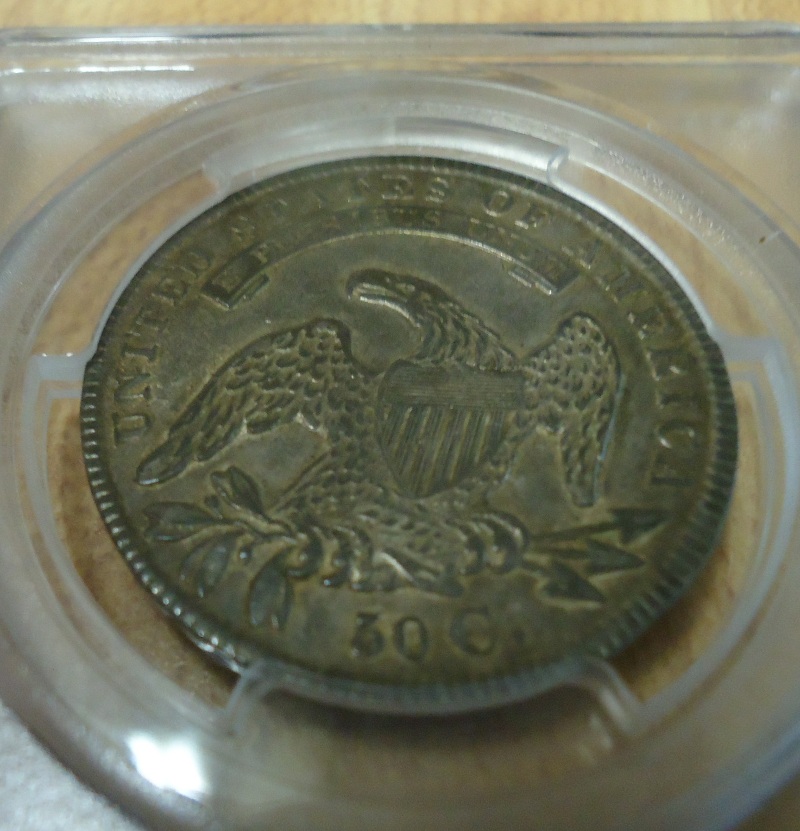 This is an 1812 XF45 in a PCGS slab which has double lettering on the edge. It has an o 106 obverse.
The slab is making it very hard to take a clean photograph so I'll need to try again at some point.
The Coin also has a die crack on the Reverse 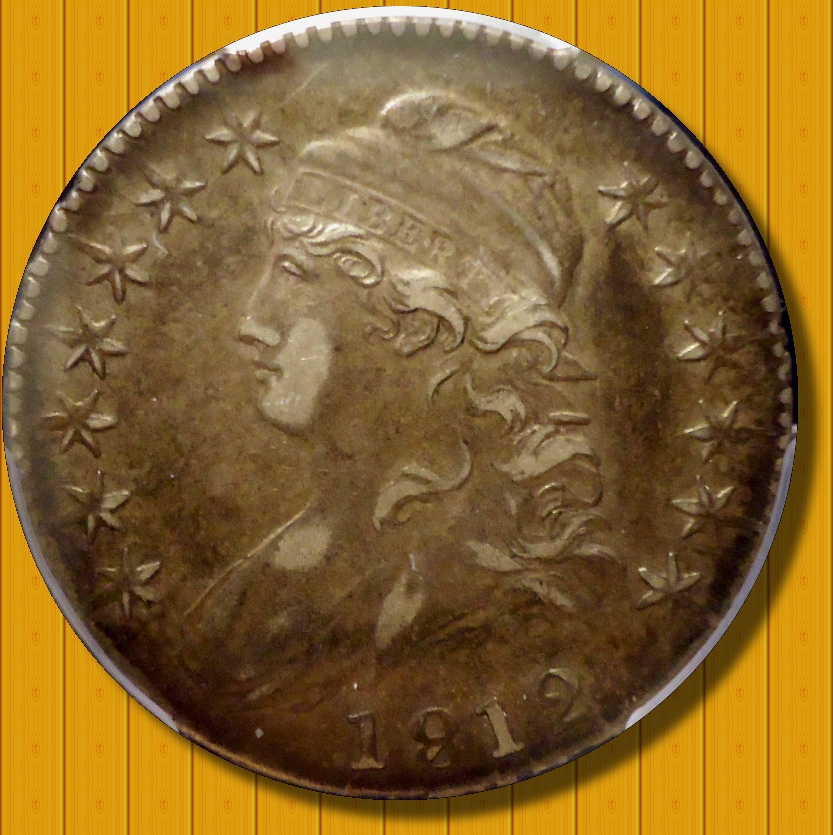 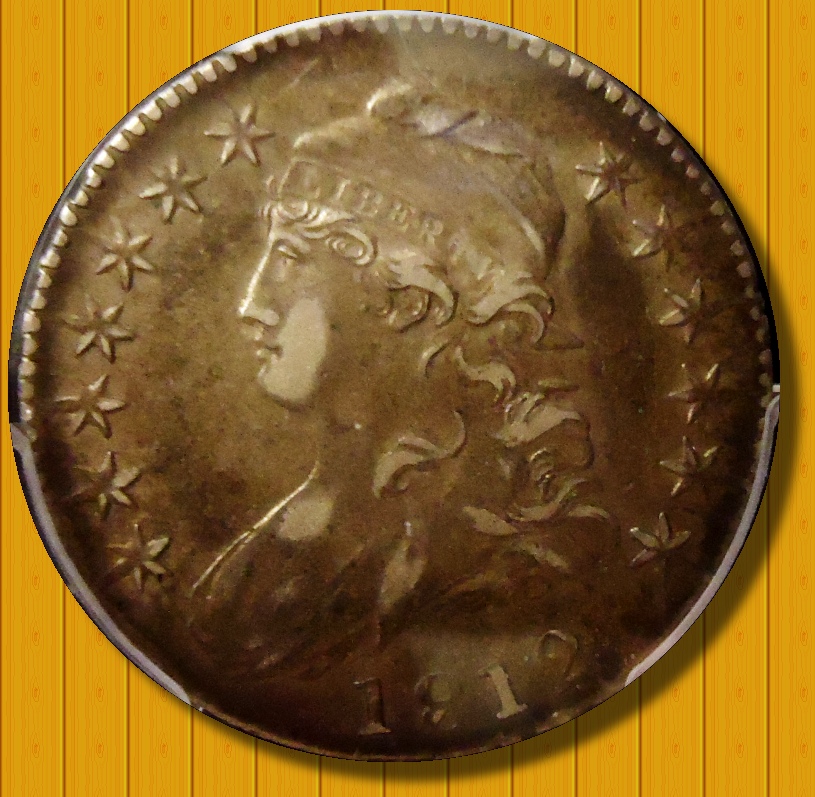 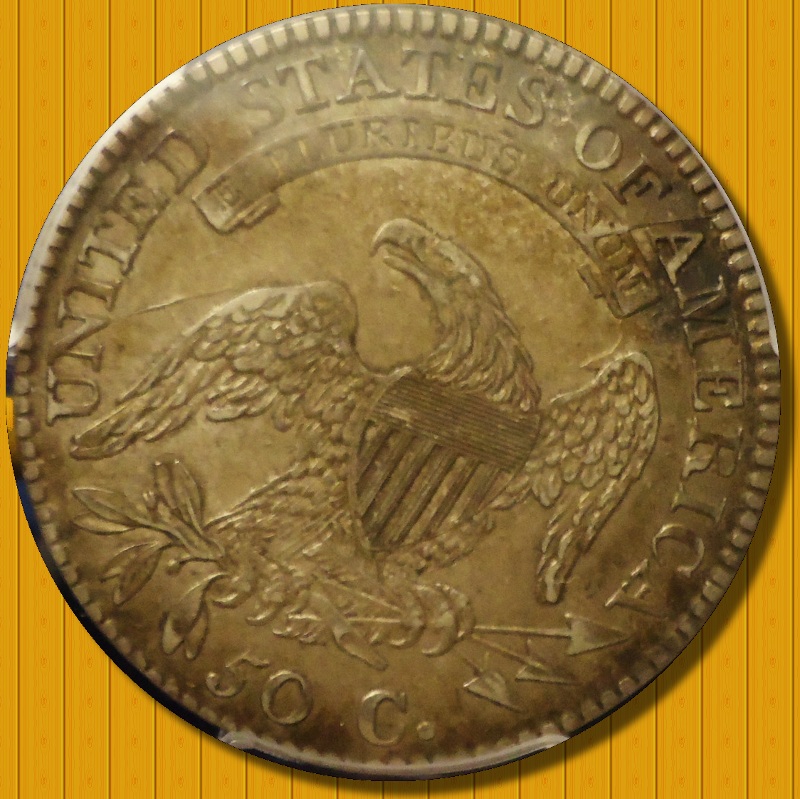 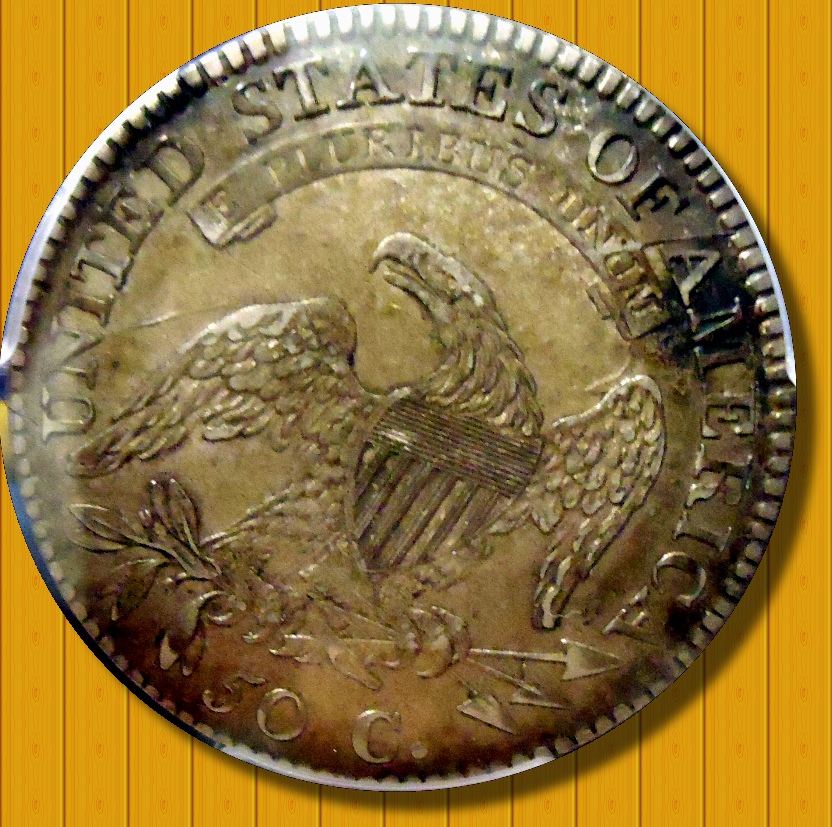