Fri Dec 2 00:22:08 2022 In what is probably the most criticle moment in would history, the newly formed Imperial Roman Empire set upon breaking the backbone of Jewish Cultural Heritiage and its growing demands and support in its idenpendence in the centuries around the 1 Century CE. In fact, the counting of the calander from this time grows out of the events of full throttled assualt on the Jewish people as this time, and the Roman victories through this period cast a shadow accross all of Western and World history until today.

A complete record of the Jewish-Roman wars is far to great of a subject for this page, but we can well sum it up as the Romans won the war on the grand but largely lost it in the hearts and minds of the world, with the eventualy transfermation of Roman civilization into an empire, both east and west, dominated by Christian theology, Christianity itself breakoff theology of a largely Romanized Jewish, post-acroptycal faith.

Several Jewish Rebellions occurred, the two major ones being the first and second Jewish Revolts. The first one included the detruction of the Second Temple in Jerusalem and the Second one including the Bar Kachkba messianic rebellion which was intertweined with the writings and leadership of Rabbi Akiva.

Bar Kochba was particulary interesting Numismattically because he restruct a lot of coins which are available around the world. Uniquely they have very nationalistic and identifiable Jewish designs, such as the Temple and Menora's, and are are unapologitic about their nationalism. They do not adopt Greek symbolism as did Macabonian coinage before them. Coins from the first great revolt are a more in context with general coinage of the region.

The study of Herbew Scripts are helpful in dating and identifying these coins. Some excellent on-line resources for these scripts include the following:

Ancient or Old Hebrew
The Related Phonician
Aramaic which was imported into new Hebrew
Modern Hebrew Script
This coin has 5 of the 7 letters on the obverse and all of the letters on the reverse. And the reverse is perfectly centered as was observed on Cointalk. Year 2 coins don't have the lid on the amphora and the year 3 coins does.


recent another of these was picked up in the old city of Jerusalem by a nice young Palestinian young man who proudly showed off his singed copy of David Herndins anciets book. His stall was called Ali Baba Antiquities and Jewelery, Al M. Wazwaz. Chains Gate Street No 18. 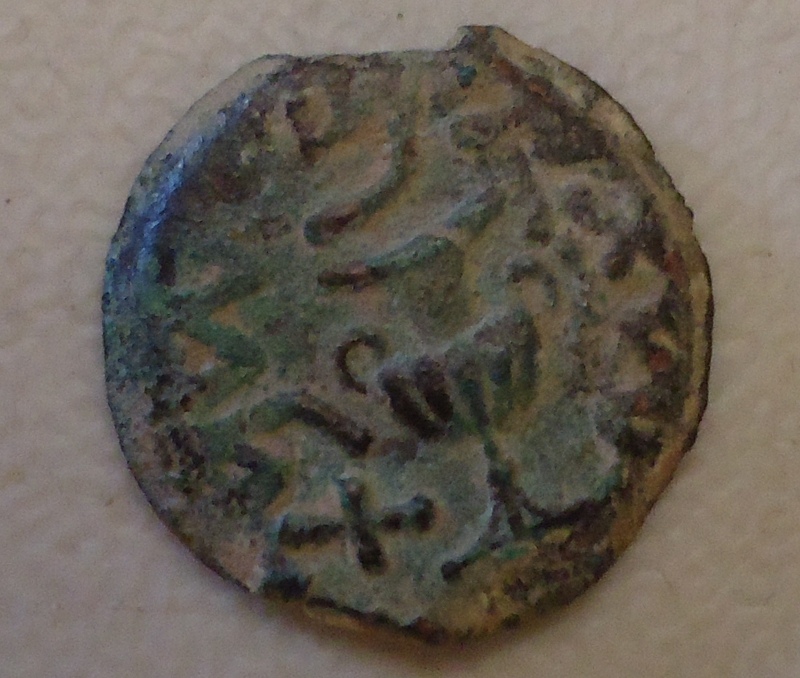 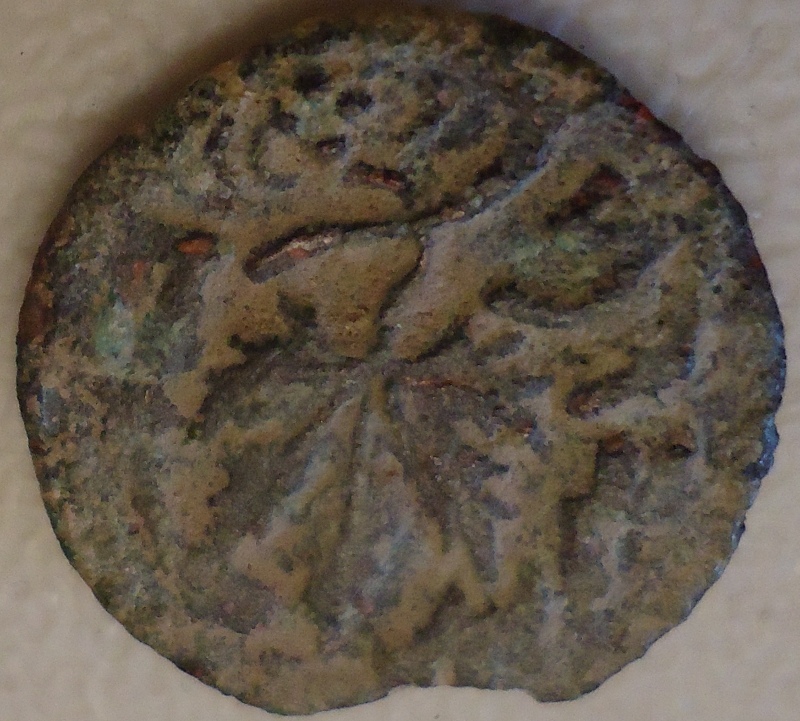