Archaeopteryx is likely the most famous fossil ever unearthed. This coin celebrated the 150th anniversary of the discovery of the species in the limestone quarries of Solnhofen area in Bavaria, Germany (knows as Solnhofen Limestone). The first skeleton, discovered in 1861 is called the London Specimen, and resides in the London Museum of Natural History. Since then 9 other Fossils have been discovered and one possible feather. The Berlin specimen, which is depicted on the coin, was discovered in 1874 or 1875 by a farmer and through a series of financial transactions, which included a cow, ended up in the Humboldt Museum fur Naturkunde.

Over time and with support of mny fossils discoved in China of feathered Dinosaurs, we have learned a lot about Archaeopteryx. there has been debate about whether it is a true bird or a Treopod Dinosaur, butit is generally considered a bird, but not off in the direct linage of today's birds. We have also been able to learn some of the color of the bird from examining the shape of melanosomes in the single feather fossil. As such it is determed that the feather is likely black and so, if this feather belongs to Archaeopteryx that it's covert feather were likely black. 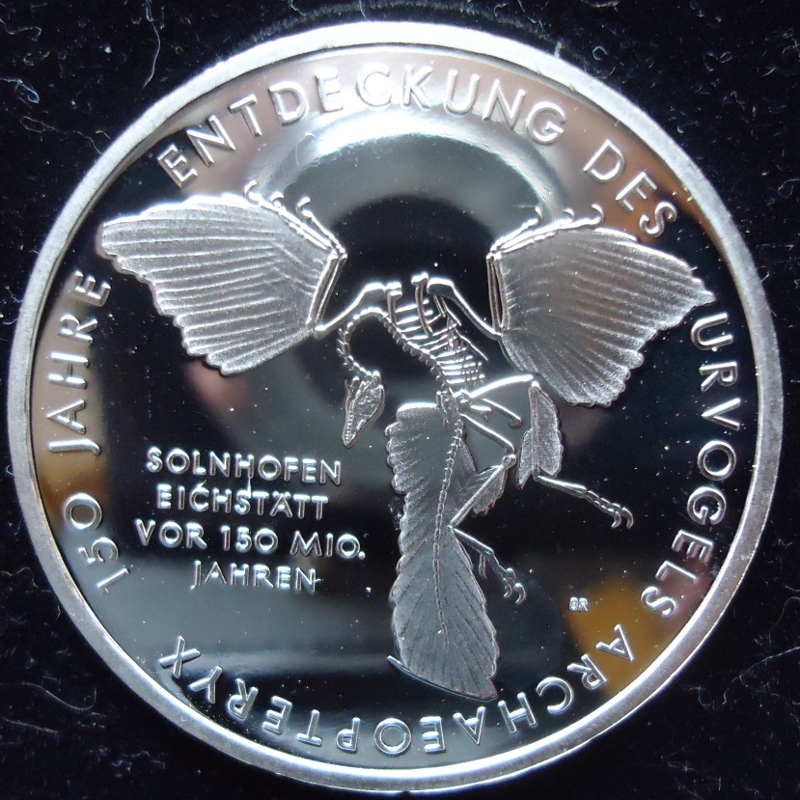 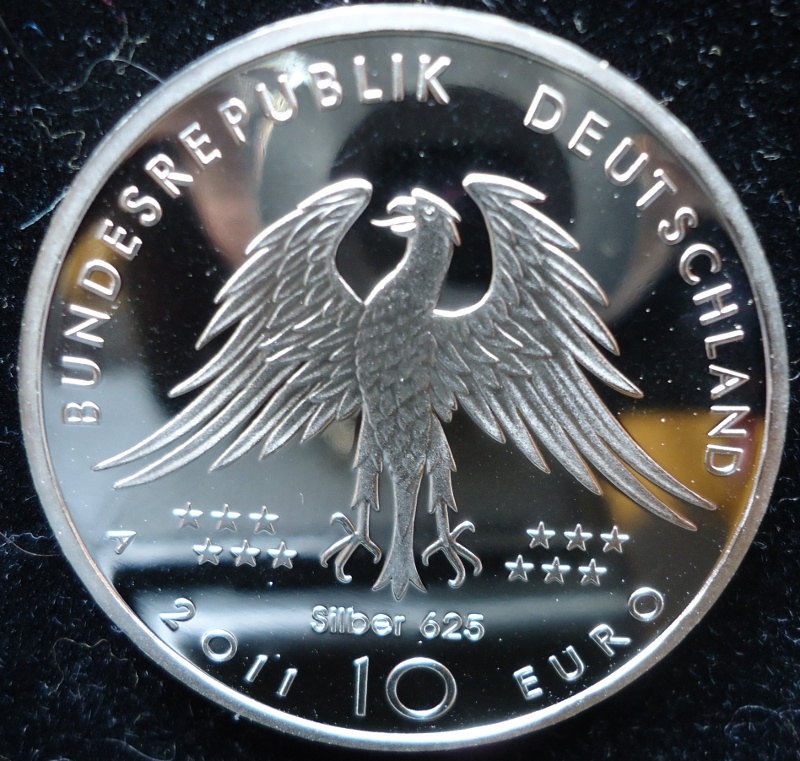