Sat Feb 4 18:11:16 2023 With the death of Franklin Roosevelt in 1945 at the close of World War II, the nation mourned it's leader, for many the only President they had ever known, with the installment of Franklin's image on the US Dime. Roosevelt was closely associated with the "March of Dimes" charitable campaign against birth defefects. And with this, all the work to beautify our coinage under Teddy Roosevelt was completely undone and we had dead Presidents on all our coinage, the Cent, Nickel, Quarter and finally the Dime.

The Portrait was lifted from a previous medal design which was created by sculptor Selma Burke and then adapted to the coin by Mint cheif engraver John Sinnock. The resulting Obverse is actually rather pleasant although to my eye the Protrait could as well look like Harry truman as Roosevelt. The reverse of the Dime has a torch, an oak branch and an olive branch. It is a decent memorial to the President who lead the US through the depression and the war.

I've pulled a number of dimes from circulation over the last few years, starting with this 1957 silver specimen. When I was young there were a lot of silver coins still in circulation. today, however, silver examples in circulation is very rare. This dime was pulled by me in early 2007. 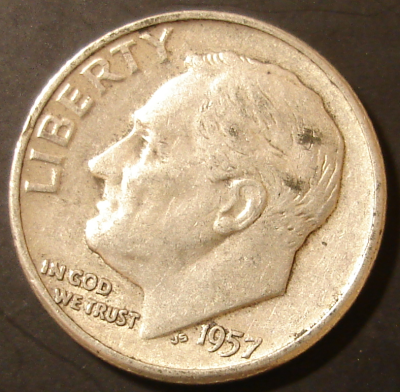 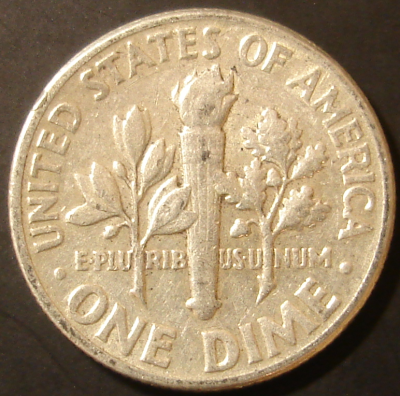 This is a very decent 1985 P Roosevelt pulled from circulation. These business strikes are hard to find in good shape. for one thing, they weren't struck particulary well. This is an exceptional pull. This dime has slight doubling on the date. 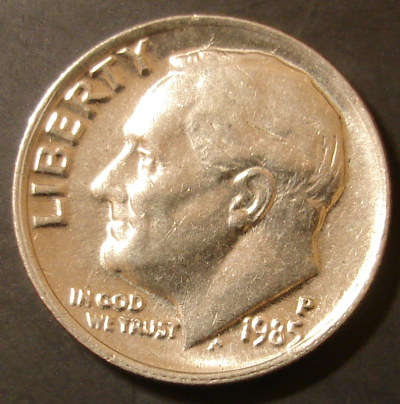 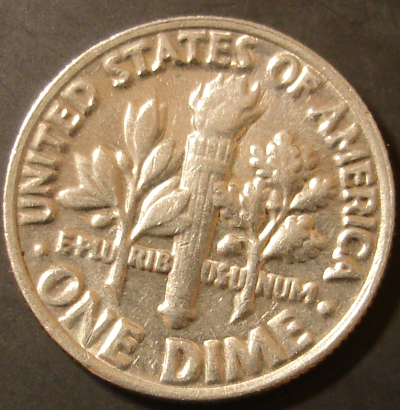 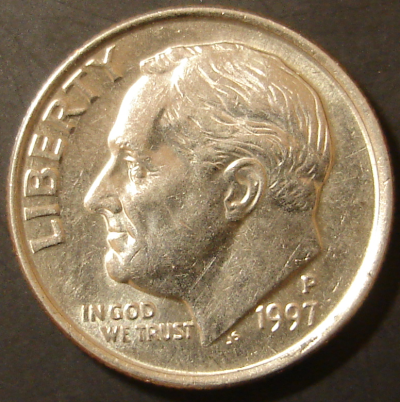 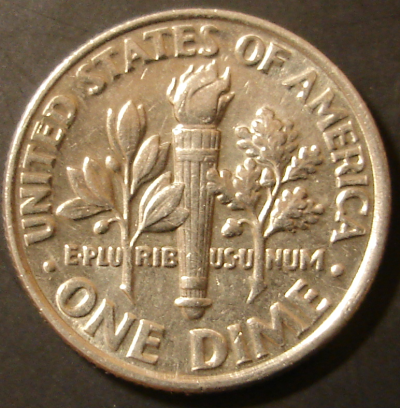 This is a 2001 D which I thought looked great in the hand but on photographying it seems to have some decent rim nicks and chatter. 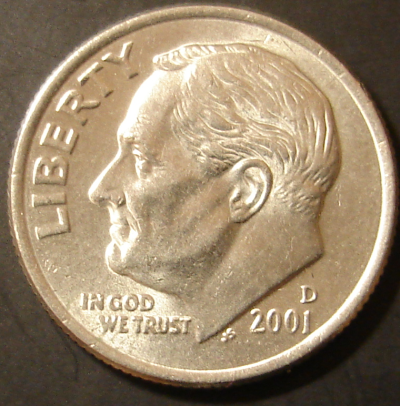 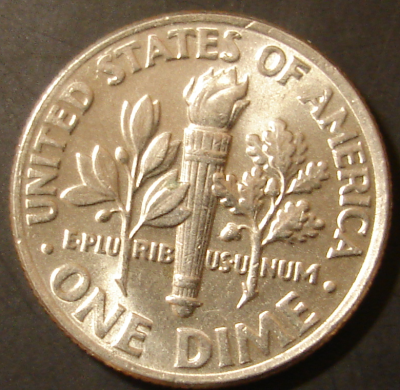 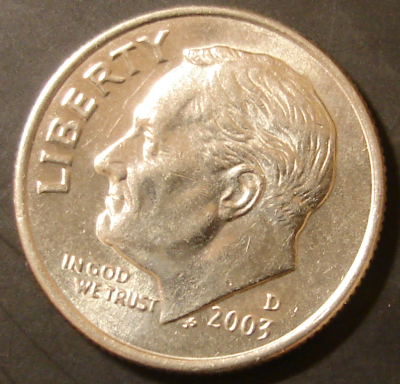 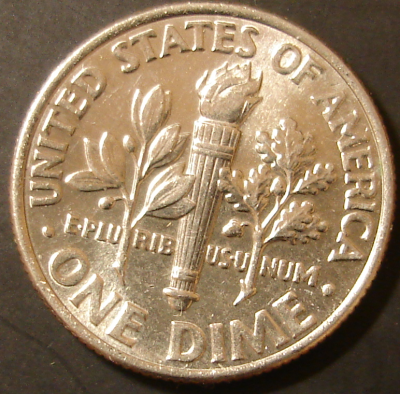 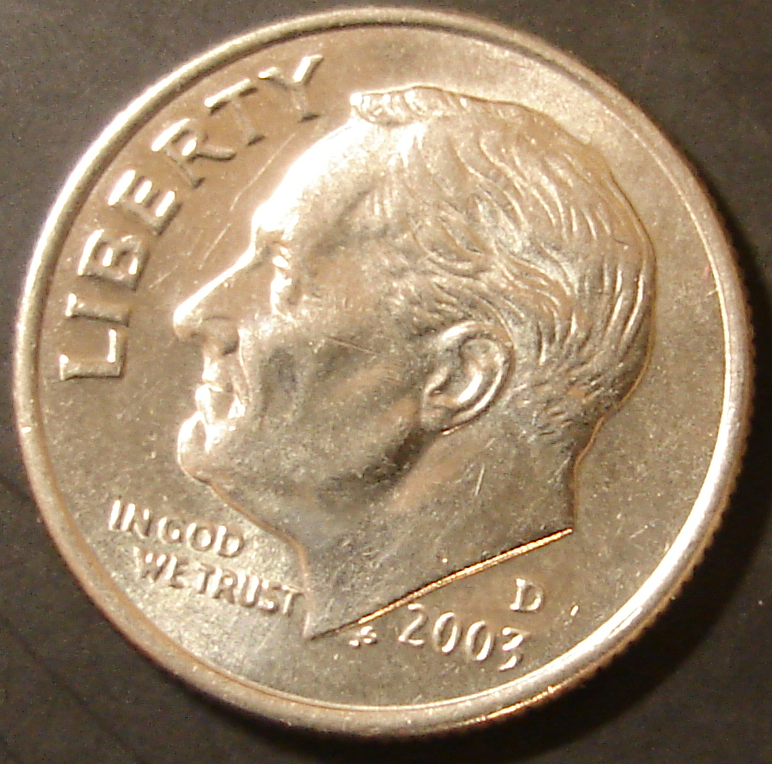 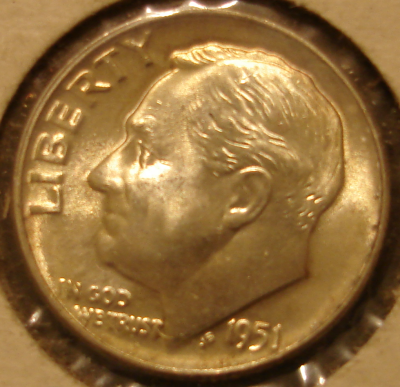 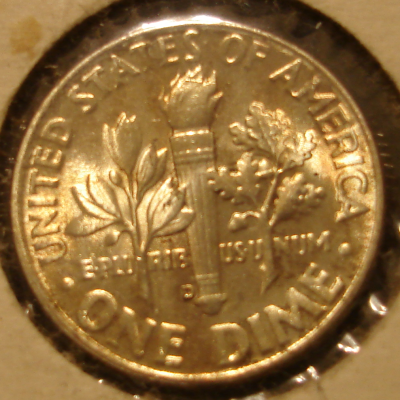